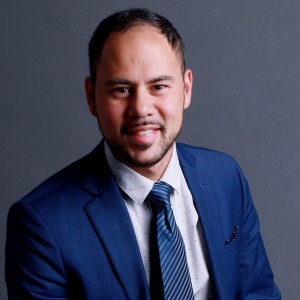 The Seven Habits represent a holistic, integrated approach to personal and interpersonal effectiveness.

The book of 1989 has been called “the most influential business book of the century” (The Wall Street Journal). It stayed on The New York Times best-seller list for five years.

According to Stephen Covey, the 7 habits are natural laws and the only thing he did with his book is to synthesize them for people.

The teachings are timeless because problems and pain are universal and increasing, and the solutions to the problems are and always will be based upon universal, timeless, self-evident principles common to every enduring, prospering society throughout history.

The author starts by defining some concepts that he will use throughout the book, which will help you understand everything, he says.

Here are the concepts:

Personality Ethic: Success is a function of personality, public image, attitudes and behaviors, skills, and techniques that smoothens the processes of human interactions.

Paradigm: A road map, model, theory, perception, assumption, or frame of reference. In other words, it is the way we see the world. (The lens through which we see the world shapes how we interpret the world).

Values: They are maps, a gang of thieves can share values, but they are in violation of the fundamental principles.

Territory: Principles, the principles are the territory.

The Character Ethic and the Personality Ethic are social paradigms.

Character Ethic taught that there are basic principles of effective living and that people can only experience true success and enduring happiness as they learn and integrate these principles into their basic character.

Personality Ethic essentially took two paths: one was human and public relations techniques and the other was positive mental attitude.

According to Stephen Covey, you need to work on your Character Ethic first, and then your Personality Ethic.

Additionally, he says “You can’t be successful in the long run if your character is fundamentally flawed, marked by duplicity and insincerity.”

What we ARE communicate far more eloquently than anything we could SAY or DO.

There are people we trust absolutely because we know their character.

Before you understand the seven habits you need to understand your own “paradigms” and how to make a “paradigm shift”.

If you have the right paradigm or the right map, then your character and personality can help you overcome challenges.

On the other hand, if you have the wrong paradigm or map, you will reach nowhere even if you work on your behavior or attitude.

We interpret everything we experience through these mental maps. We seldom question their accuracy; we’re usually even unaware that we have them.

And our attitudes and behaviors grow out of those assumptions.

The influences in our lives, family, school, church, work environment, friends, associates, and current social paradigms such as the Personality Ethic, all have made their silent unconscious impact on us and help shape our frame of reference, our paradigms, our maps.

In addition, we all have different maps, because of the way we were grown up, as objective and clearly, we think we see things, we begin to realize that others see them differently.

They see things from their own apparently equally clear and objective point of view.

“Where we stand depends on where we sit”.

The more aware we are of our paradigms, maps, or assumptions, and the extent to which we have been influenced by our experience, the more we can take responsibility for those paradigms, examine them, test them against reality, listen to others and be open to their perceptions, we thus gain a larger picture and far a more objective view.

Also, if we want to succeed we have to work on our paradigm, work on the root from which our attitudes and behaviors flow.

We need a deeper level of thinking, a paradigm based on the principles that accurately describe the territory of the effective human being, and interacting to solve deep concerns, the new level of thinking is the 7 habits.

The 7 habits is a principle-centered, character-based, “inside out” approach to personal and interpersonal effectiveness.

“Inside-out” means to start first with self; even more fundamentally, to start with the most inside part of self—with your paradigms, your character, and your motives.

In addition, it says it is futile to put personality ahead of character, to try to improve relationships with others before improving ourselves.

Before going over the 7 habits we must define a habit.

A habit is the intersection of knowledge, skill and desire.

Knowledge is the theoretical paradigm, the what to do and the why. Skill is the how to do. And desire is the motivation, the want to do.

In order to make something a habit in our lives, we have to have all three.

However, changing a habit is sometimes a painful process.

Your change must be motivated by a higher purpose, by the willingness to subordinate what you think you want now for what you want later. But this process produces happiness, “the object and design of our existence.”

Happiness can be defined, in part at least, as the fruit of the desire and ability to sacrifice what we want now for what we want eventually.

The Seven Habits provide an incremental, sequential, highly integrated approach to the development of personal and interpersonal effectiveness.

The habits are effective because they are based on principles.

According to Stephen, they are also effective because they are based on a paradigm of effectiveness that is in harmony with natural law, a principle called the “P/PC Balance,”.

But it is not.

Effectiveness lies in the balance— what he calls the P/PC Balance. P stands for the production of desired results. PC stands for production capability, the ability or asset that produces the results.

Excessive focus on P results in ruined health, worn-out machines, depleted bank accounts, and broken relationships. Too much focus on PC is like a person who runs three or four hours a day, bragging about the extra ten years of life it creates, unaware he’s spending them running.

The more proactive you are (Habit 1), the more effectively you can exercise personal leadership (Habit 2) and management (Habit 3) in your life.

The more effectively you manage your life (Habit 3), the more Quadrant II renewing activities you can do (Habit 7).

Putting extra effort to seek first to understand (Habit 5), will lead you to opt for more synergetic Win/Win solutions (Habits 4 and 6).

The additional effort put on improving any of the habits that lead to independence (Habits 1, 2, and 3), the more effective you will be in interdependent situations (Habits 4, 5, and 6).

And renewal (Habit 7) is the process of renewing all the habits.

Save it as PDF for later

If you want to read Stephen Covey book you can buy it here: